From yesterday onwards my latest book - The Last of Maui's Dolphins - is available in shops. 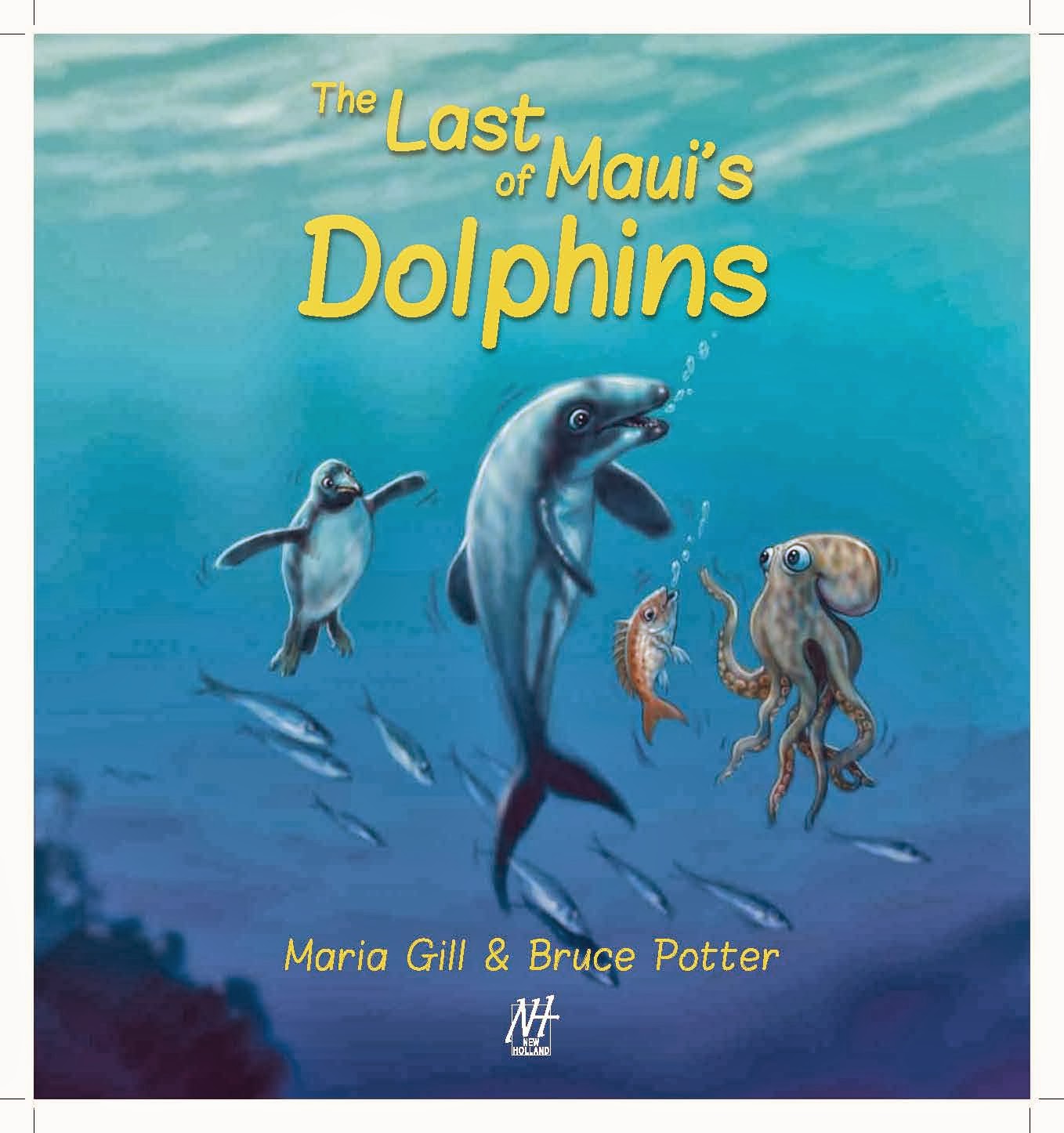 I am rather thrilled to announce it is a picture book about a young Maui's dolphin who is warned by his pod to never go near the dark shapes; the ever present threat of fishing boats. One day he has to ignore their pleas. Can he save his friends: Squiggles the octopus, Spotty the snapper, and Puru the Blue penguin and not get caught himself?

At the back of the book is a fact page that tells readers what they can do to help Maui's, Hector's and other dolphins. Fishing boats aren't the only problems dolphins have to face: boat strike, pollution (liquid and rubbish), ghost fishing (nets left in the water that continue to catch marine animals), and over-fishing. I encourage (commercial and recreational) fishermen to use pingers, and be sure they don't leave any lines or nets in the water. People tend to point the finger only at commercial fishermen (a lot of them are very responsible - they have pingers on their nets, and make sure they don't leave any netting in the water). There are many more recreational fishermen - that's you and I - and we need to all make sure we're responsible when out fishing too. If you want to do something right now - be part of WWF's Maui's campaign.

I believe Maui's dolphin population has reached critical level and we all need to do something to help them. We definitely don't want their extinction on our hands ...

Where can you get the book? From all good book shops, of course!  RRP $21
And if you're wondering who did the fantastic artwork - it is Bruce Potter - his underwater scenes are stunning! 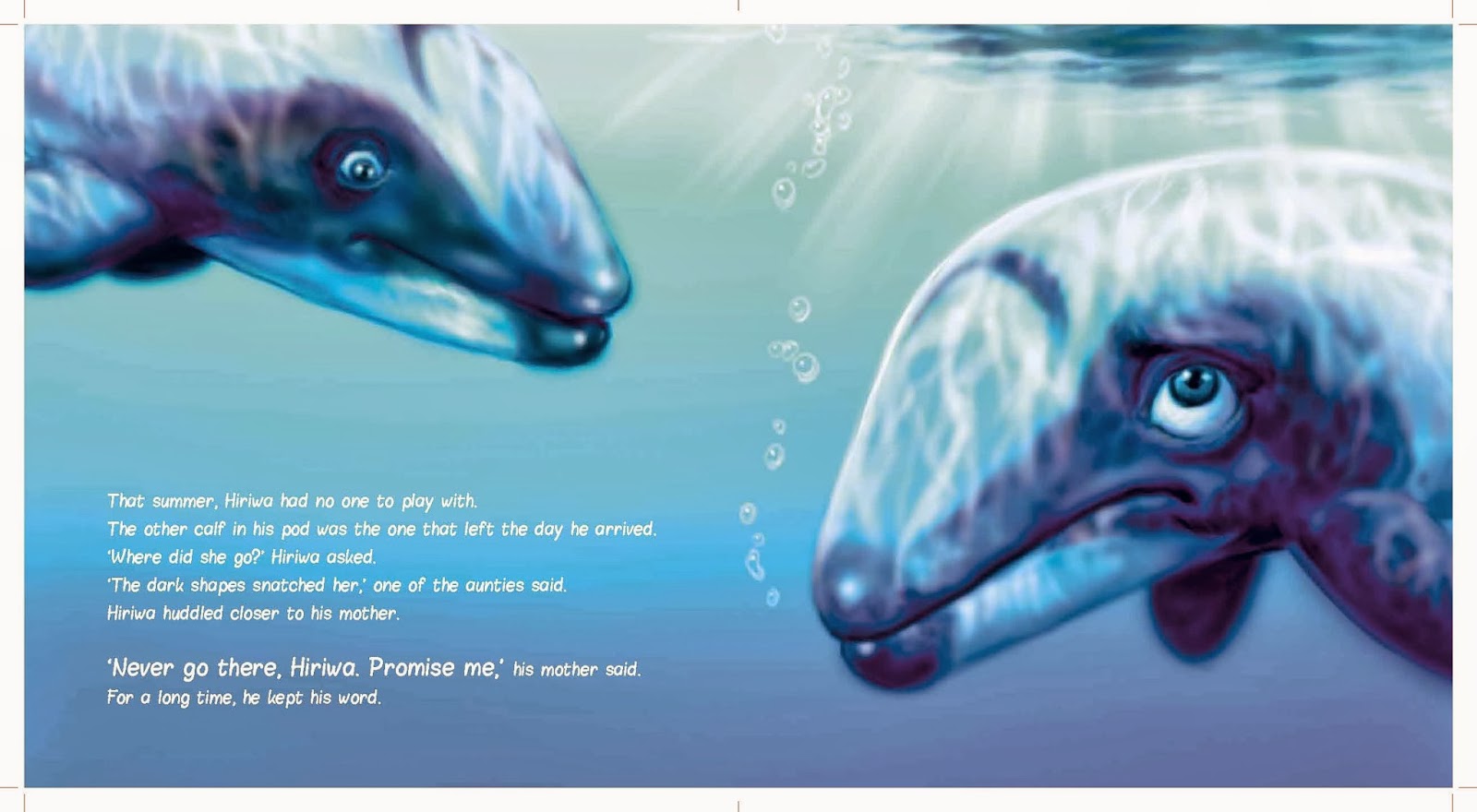 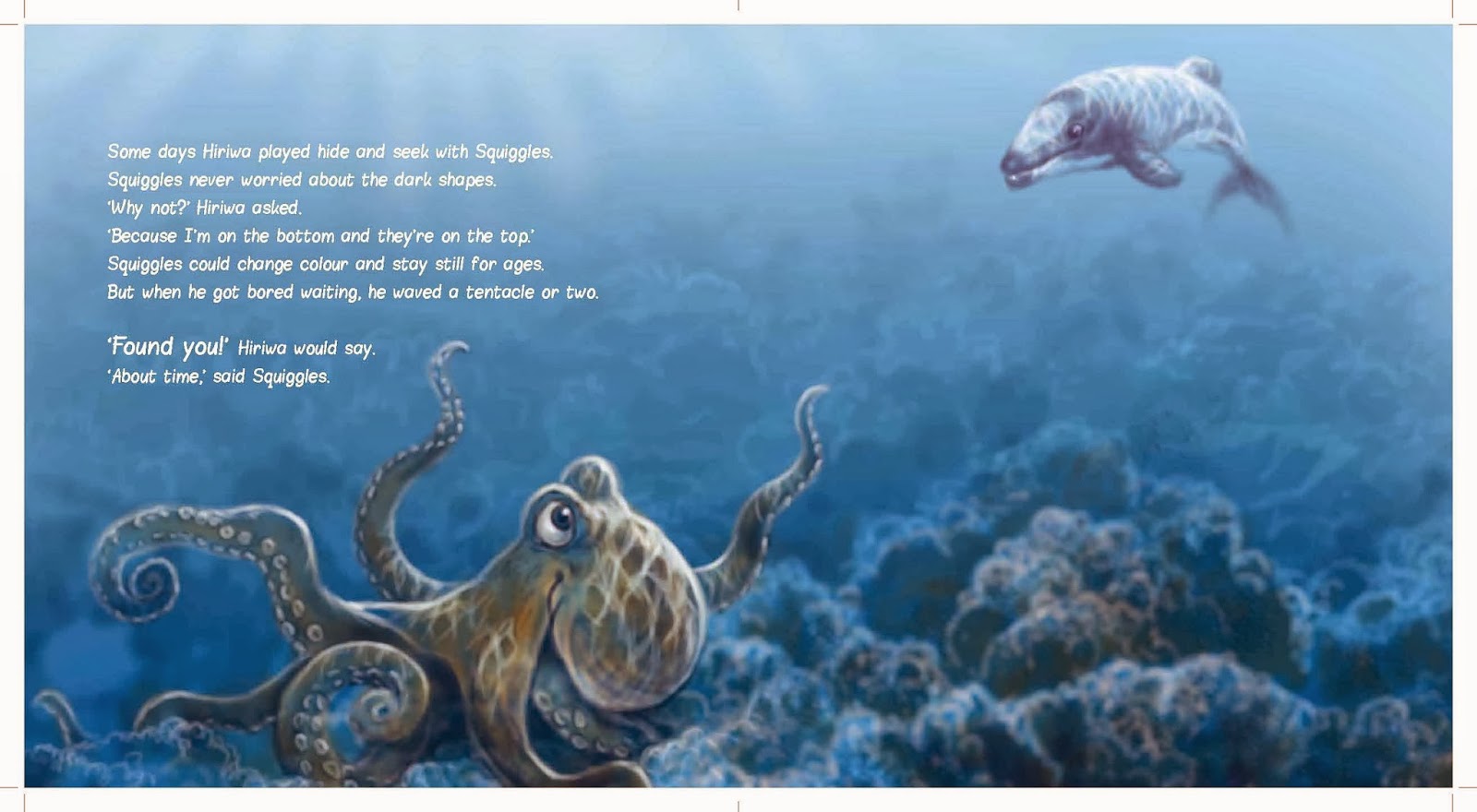 Posted by https://kidsbooksnz.blogspot.com at 1:51 AM